Soapbox: The ‘Northern Powerhouse’ Needed Its Own Cleaning Show 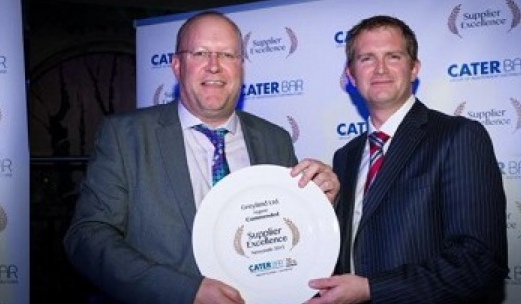 And now it has one! The 6th & 7th April 2016 Manchester Cleaning Show will be a long awaited event, held appropriately enough at the modern Event City venue, Manchester.

The much vaunted Northern Powerhouse embodies the same industrial and entrepreneurial spirit that made the North of England into the ‘Workshop of the World’ more than one hundred and fifty years ago, continuing today with major investment around the Airport, the City Centre and in the surrounding infrastructure.

Any visitor to today’s bustling Manchester can see that the area is busy and expanding rapidly. There are new and bigger trains under order by all the north west train companies, new road schemes, and plans for a £15 billion transport network that will help make Manchester the hub of the new Northern Powerhouse.

All these investment schemes need cleaning and maintaining.

With what has been described as the ‘first serious cleaning show in Manchester for 25 years’ on the horizon, can you afford to let it pass you by?

Organised by Quartz, the same company that gave the UK its first national Cleaning Show in London for almost as many years, and with the blessing and support of most if not all of the cleaning industry trade bodies, the Manchester Cleaning Show ought to be another resounding success.

But only if the industry itself takes part, as either exhibitors, or as visitors.

The consensus is that many other major players will visit, no doubt considering their stands for 2018 – a long way off!

One of the most consistent voices galvanised into promoting a separate but associated cleaning show in the North is leading cleaning chemicals manufacturer Greyland.

Located just 7 miles east of the Manchester City Centre, Greyland had long anticipated a Northern region event in place of the Midlands show at the NEC. Reflecting the burgeoning growth of the North in general, Greyland in particular has grown year on year (it is now in its 18th year) and has virtually doubled in size since the 2012 move to its new factory.

In line with the renewed, confident North, Greyland has a prominent stand booked close to the show entrance where they look forward to seeing customers old and new.

“We are expecting many existing distributors from all over Northern England, the Midlands, Wales, and maybe some from Scotland and perhaps even the South of England too”, says Greyland’s Richard Dyson.

So as well as cleaning chemicals, there will also be some of the latest machines and consumables coming to market, available to view and drool over at the show, and as ever, key innovations that can save you time and money. If you are thinking of taking a stand, Quartz have made it more affordable than ever for you to present to your ‘local’ market. But it doesn’t matter so much if you come as an exhibitor, or as a visitor. As long as you come!

Let’s do our bit as an industry in satisfying the cleaning needs of the Northern Powerhouse, and grow – together!

At Greyland, we are being asked for more information about the spread of the Monkeypox virus and which products are effective against it. Therefore we have put together the below guide to help....

Following on from the successful return of The Cleaning Show in London during November 2021, Greyland are exhibiting at The Manchester Cleaning Show this week. Come and see us on Stand D15. This...

As usual, Greyland will close between Christmas and New Year. In order to ensure all of our distributors have sufficient stock, we require orders that are needed before Christmas to be placed by... 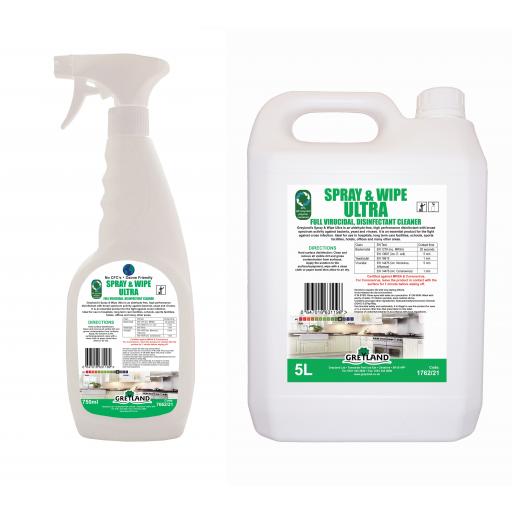 Testing success for Greyland against SARS-CoV-2

by Tomorrow's Cleaning Greyland Ltd. has proudly announced that Spray & Wipe Ultra, their multipurpose antiviral surface cleaner, has been tested against the SARS-CoV-2 virus using the NEN... 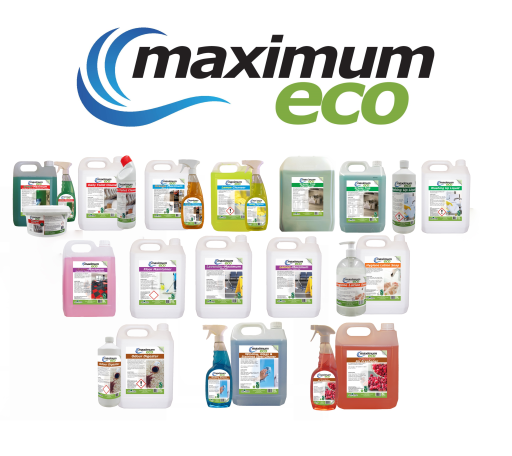 Greyland has placed itself firmly in the forefront of environmental concerns with the launch of its new Maximum Eco range, hot on the heels of the significant increase in the amount of UK recycled... 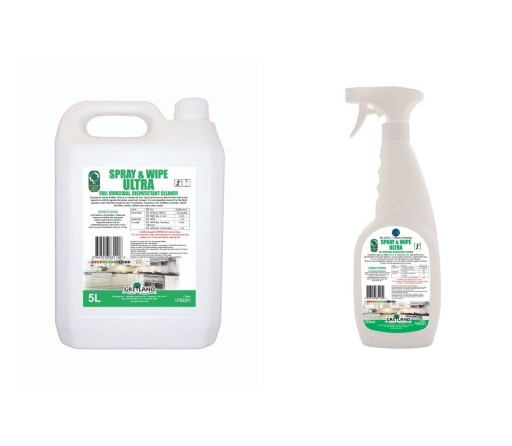 Spray & Wipe Ultra has been nominated for the prestigious Tomorrow's FM Award for 2021, having reached over £1m of sales since April this year. Ready to use and non-hazardous, it was... 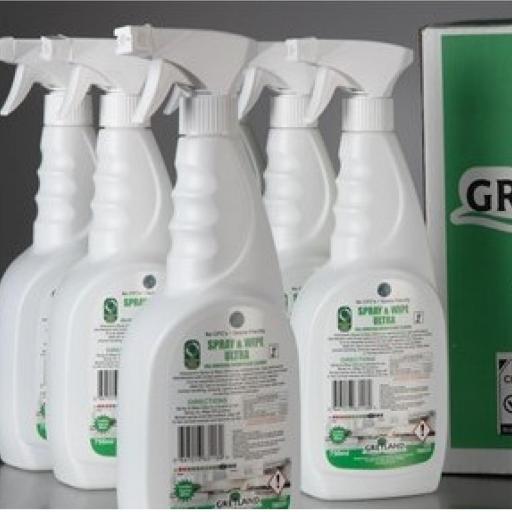 Since May, the supply of trigger spray heads across the market has not been sufficient to keep up with the demand for sanitising products in particular. As you'll be aware, this resulted in Greyland...